You probably read tons of stories like this already but this is mine and on this sad day, i'd like to tell it.
A tribute to SJ. 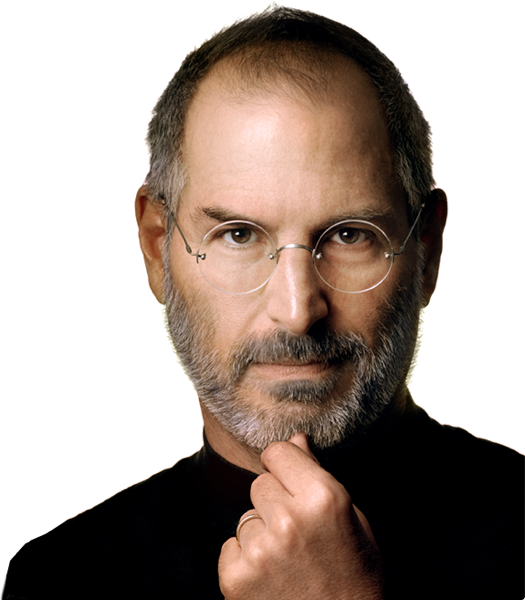 I make my living using Macs since 1988 (thanks, Steve for making this possible). I started with a Mac plus, working with PageMaker 1.0.

In 1998, i bought my first LCD display. It was a 15 inch Apple Studio Display and was a huge step forward after all the heavy 19 inch CRT displays which took a lot of room on your desk. I loved it and just had to have it.

Back then, the early adopters still had to pay a huge apple tax and if i remember right, i paid around 3.500 DM (1.700 €). Back then, the display came with a software driver you had to install and that driver was pretty buggy for me and the picture quality wasn't as good as it could be (sync issue).

This was one of the first Apple products i had ever bought which didn't work as expected and which i could not fix myself. So i turned to the official Apple support channels available to me back then. No one could help or even acknowledge the problem.

I was pretty angry, having spent a fortune on the display and various Apple gear i had purchased over the years. I searched the internet and was able to somehow find out Steve Jobs email address and in a huff, composed and sent an email to him. Sending this email already made me feel a bit better and i didn't really expect any reply at all.

About a week later, i had almost forgotten about the email, i received a phone call. It was someone from Apple Munich on the other end of the phone:

I asked how he heard about my problem and he only said, "this comes right from the top". I was blown away. The guy from Apple Munich then sent me beta versions of the driver for my display and followed up with me via email until the problem was solved and i had the picture quality i was expecting.

Steve Jobs not only read my rant, written in anger, he took it seriously and made sure to make me a happy customer again, which i still am on this very sad day.

Here's to the crazy ones!

PS: i bought a second one of these displays as soon as i had the funds for it.