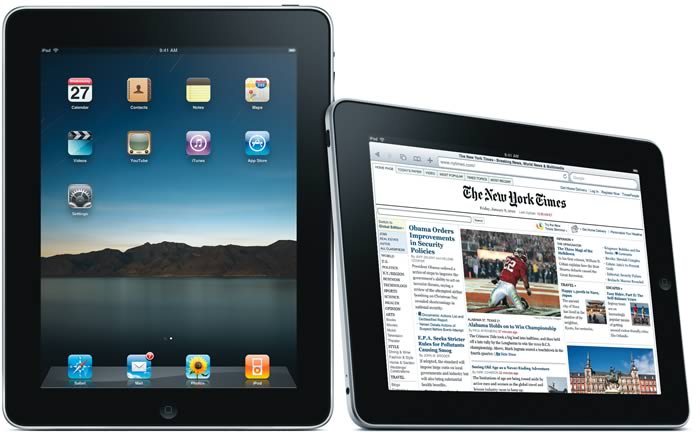 I've tweeted it before. I really like the iPad, but it's not a device i need. Between a MacBook Pro and an iPhone which i already have, there simply isn't much use for a device mainly made to consume.

My consuming device is the iPhone, which is where i consume my twitter-feed, rss and occasionally even hook it up to a TV to watch a movie. For this, the screen size doesn't matter at all. When screen size does matter, which is mostly when i create things, there's the MacBook Pro which might even be hooked up to a 30" Cinema Display (which will be a perfect setup once Apple fixes the flaws of the Dual Link Adapter).

So who is it for?

The iPad is the perfect device for someone which does neither have an iPhone or any personal computer at all. Like – my Mother. She's in her late seventies, learned how to type when she was young but never used the internet. She's alone and i bet an iPad would help her kill some time by communicating with friends and relatives, browse the news on the web and maybe connect with like-minded.

As many of you probably know from experience, the first line of support for a mother is not AppleCare, it is FamilyCare, which would be me. And that is the deal breaker. At least as it currently seems. There is no screen sharing for iPad yet.

So how would i be able to support my mother and quickly show her how to address an email again or where to go in order to make that type display larger so she can read it? I wouldn't and that, i believe, is a big omission from Apple for an audience which seems to be the perfect target for an iPad.

So here's hoping that Apple will quickly come up with some kind of back to my iPad. As there's no daemonizing for 3rd party apps, the chances are slim that someone like TeamViewer can fill this gap any time soon.