Posted in: by seiz | Comments (5)
Get well soon Steve!
First of all my sincere "Gute Besserung Steve!". But looking at the media coverage i have to ask: Wouldn't this be just the right PR to do if Steve Jobs would have some really seroious type of cancer?

I mean - come on - what would happen to AAPL if anything other than the above letter would have been published.
So here's hoping that Steve gets better soon and that his illness was food for thought about how to continue the corporation we all love so much - and care about - without him.

Some think Jonathan Ive would be the man for the Job. I don't know. It would be hard to find someone - not just to fill the Keynote Sessions - but also to have the necessary vision. Let's just hope the best for now...

Posted in: Apple by seiz | Comments (0)
Xcode on .torrent (via BoingBoing)

BoingBoing just posted a link to a .torrent download of Xcode, stating Apple's distribution network is "slow and poky".

Now i'll have to ask: How is Akamai slow and poky? And if the download is not distributed via Akamai, but only via the ADC site, aren't you violating the NDA you signed to get access to the ADC site to pull XCode and put it on .torrent?

Posted in: Apple by seiz | Comments (4)
At a barbeque 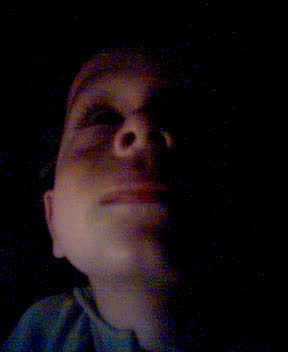 Posted in: Moblog by seiz | Comments (0)